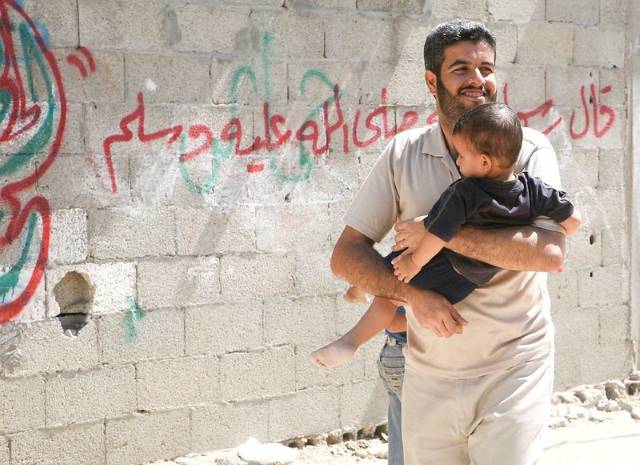 While the Israeli-Palestinian conflict has been brewing since 1948 after Israel became a sovereign state, the two regions’ dispute reached a boiling point in May of 2021. The citizens of both Israel and Palestine are still caught in the crossfire, but organizations are offering humanitarian aid.

History of the Conflict

Conflict has been in the making between the two regions for a while. Both have argued over the Gaza Strip and the West Bank, declaring the area “holy land” for their own religions. Both sides launched protests and attacks in a war that has claimed many lives.

The first of many wars between the two countries occurred in 1948 after Britain gave Israel independence and withdrew its forces from Palestine. According to the Washington Post, Palestinian forces, accompanied by outside efforts, attacked Israel at its border. This created the Palestine War, which waged for two years. The skirmish resulted in Israel controlling much of Palestine’s territory including the Gaza Strip. Israeli control has pushed hundreds of thousands of Palestinians out of the area.

Many other dissensions happened leading up to the 21st century, such as the “Six-Day War” in 1967. The nations signed multiple peace treaties but abandoned them as their quarrels raged on. In 2006, “the Palestinian militant group Hamas” won the political elections in Gaza. In 2008, Israel launched multiple rocket attacks on Gaza after Palestinian militants launched “rocket barrages” into Israel. A 50-day war started in June 2014, leaving more than 2,100 Palestinians dead, including more than 1,400 civilians. These events have all led to the present-day Israeli-Palestinian conflict.

In May 2021, after a multitude of Palestinian demonstrations, Israel launched attacks on the Palestinian group Hamas in the Gaza Strip and West Bank. Israel raided a mosque in Gaza, which caused Hamas to retaliate. The Global Conflict Tracker says on May 10, 2021, “Palestinian militant groups launched hundreds of rockets into Israeli territory” causing Israel to retaliate with airstrikes that initially left more than 20 Palestinians dead. Overall, at least 243 people were killed in Gaza and at least 12 people in Israel.

Although both sides declared outright victory in the recent battles, both Hamas and Israel agreed to a ceasefire on May 21, 2021. However, the fighting may not be entirely over. The BBC stated Israel “emphasized that the reality on the ground will determine the future of the campaign,” while Hamas said that its forces “will continue to ramp up the capabilities of this resistance.” Yet, for now, the Israeli-Palestinian conflict seems to be at a standstill.

Impacts of the Conflict

This struggle has negatively impacted both Israeli and Palestinian citizens alike. Palestinians in Jerusalem are facing human rights violations amid the debate. According to Amnesty International, forced evictions, unlawful detentions and punitive demolitions are just some of the violations Palestinians face.

Poverty rates are likely to escalate although the ceasefire is in place. The BBC reports that electricity access has been impacted and people have lost their homes due to the rocket attacks. Furthermore, Gaza faces severe overpopulation as 9,000 people inhabit the area per square kilometer. Health, water and food services are limited because of the Israeli-Palestinian conflict, leaving about a million citizens in Gaza “moderately-to-severely food insecure” and in desperate need of aid. The poverty rate in Gaza stood at 56% in 2017. Moreover, the Gaza Strip has an unemployment rate of more than 40% as of December 2020.

There are multiple ways to aid in easing the Israeli-Palestinian conflict. The New Israel Fund is currently raising donations to promote equal rights and democracy in the area by establishing progressive voices and promoting societal freedoms. The New Israel Fund also offers various events and fellowships for those wanting to help end the Israeli-Palestinian conflict.

Other organizations offering aid to the region include the Red Cross, United Hatzalah, the Palestine Children’s Relief Fund and Doctors Without Borders. The United Nations is mobilizing efforts to send food caravans and health services into the area. With the help of organizations and committed advocates, hope is on the horizon for the victims of the Israeli-Palestinian conflict.

The post Poverty After the Israeli-Palestinian Conflict appeared first on The Borgen Project.